A litmus test for budding scientists

Judging of the annual Far North Science Fair will be held on 29 August. Exhibits will be open to the public at the Turner Centre, Kerikeri from 5.30 on 30 August with prize giving at 6 pm.

This highly anticipated event will open to the public from 29 to 30 August at the Turner Centre in Kerikeri. This year, in support of the event, Dr Michelle Dickinson from Nanogirl Labs will be providing two performances and a keynote presentation for senior students.

The fair showcases the work of year 7-13 students from Kaitaia to Russell, Broadwood to Kerikeri, including some home-schooled students and it is expected that around 160 projects will compete for a range of prizes.

Ms Harrisson says it is inspiring to see students drawing on their own experiences to explore how science can offer solutions and insights to issues in their own community.

“Last year the judges were impressed with the depth of research and, in some instances, the commercial potential of the projects.”

Winners tested manuka oil as an antibacterial, glycerine and oxalic acid extracted from the prolific oxalis weed as a pesticide strip for varroa mite, the influence of vitamin C in mare’s milk on foal growth, and the size of mangrove trees relative to their distance from the shore.

A project on electric fence detection could prove very useful for the largely rural Far North and the Tradescantia Terminators, a Kerikeri High School community problem solving team, investigated the eradication of the noxious weed Tradescantia along the Wairoa stream.

The team was selected to represent New Zealand at the World Championships for Community Problem solving and placed an amazing third in the Senior division.

Ms Harrisson says the fair has a big impact on students in the Far North and can be the gateway to future careers in science and technology.

For one previous winner, his interest in science could quite literally take him out of this world. Engineering PhD student Hammond Pearce was recently selected as one of four students nationwide to receive the New Zealand Space Scholarship to intern at NASA in the United States.

Previous participants are actively pursuing careers in astrophysics, computer engineering, a range of biomedical engineering and health sciences as well as food technology.

“We are fortunate to have a pool of curious students who immerse themselves in the annual competition – despite the North’s relative isolation from tertiary institutes, mentors and resources.”

The Far North Science Fair holds its own nationally.

For the last 18 years Far North students have attended the National Fair and, in many cases, have then been selected to represent New Zealand at international Fairs. Many of these students have also gained International Honours being placed or winning their category in Taiwan, Beijing or Texas. 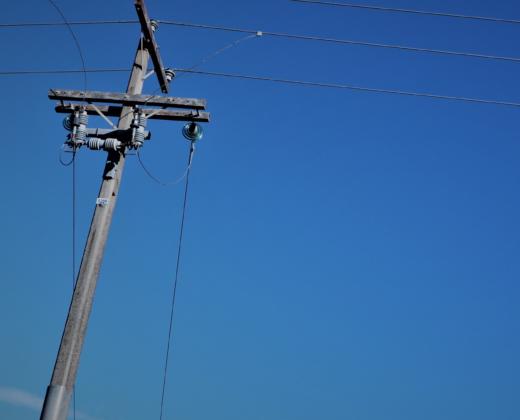 Get in touch with Top Energy